Not too far from Talca, heading toward
the Cordillera, is a little community called Vilches Alto. It’s technically
within the town of San Clemente and is basically a collection of houses and
hostals strung out along the dirt road that leads to the Altos del Lircay
National Reserve (http://altosdelircay.cl/).
There are a few simple places to stay and a couple of rustic restaurants.

The first time we went, in the
wintertime (see my previous post), we stopped in a simple café (basically a
wooden shack with a couple of tables and drinks for sale) where the kind owners
served us a hot tea and let us feed our girls. We got to chatting and the man
who runs the place told us that in the spring and summer he works as a hiking
guide for all the gringos who come to this area. All the gringos? That was a
surprise. Sure, he said, all the UFO investigators. UFO investigators? That was
more of a surprise.

With no trace of irony, he explained
that Vilches Alto and the Altos del Lircay is a ‘UFO hot zone’ because there
have been so many sightings and abductions. He has seen plenty of UFOs – he
even demonstrated what they look like by turning a plate upside down and flying
it around the café – but unfortunately he’s never had the experience of being
abducted. I mean, what do you say to that?

Later we got some brochures from the
local tourist office that confirmed that, indeed, this is an important area for
international UFO research. Supposedly, there have been hundreds of sightings
over the past 20 years or so (http://afp.google.com/article/ALeqM5gYyUK8CC9EGOvAP4RvJ-S8JVNPUA)
and Chile’s first UFO trail was established here to draw visitors. There have
also been conferences and other ‘international events’.

We haven’t actually seen any UFOs
yet (we’ll keep you posted on that), but we have enjoyed exploring the Altos
del Lircay park, even without the martians. More on that in another post. 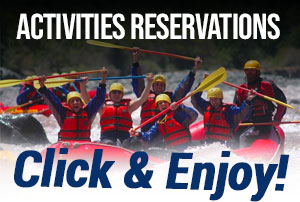